from pain to purpose – the journey 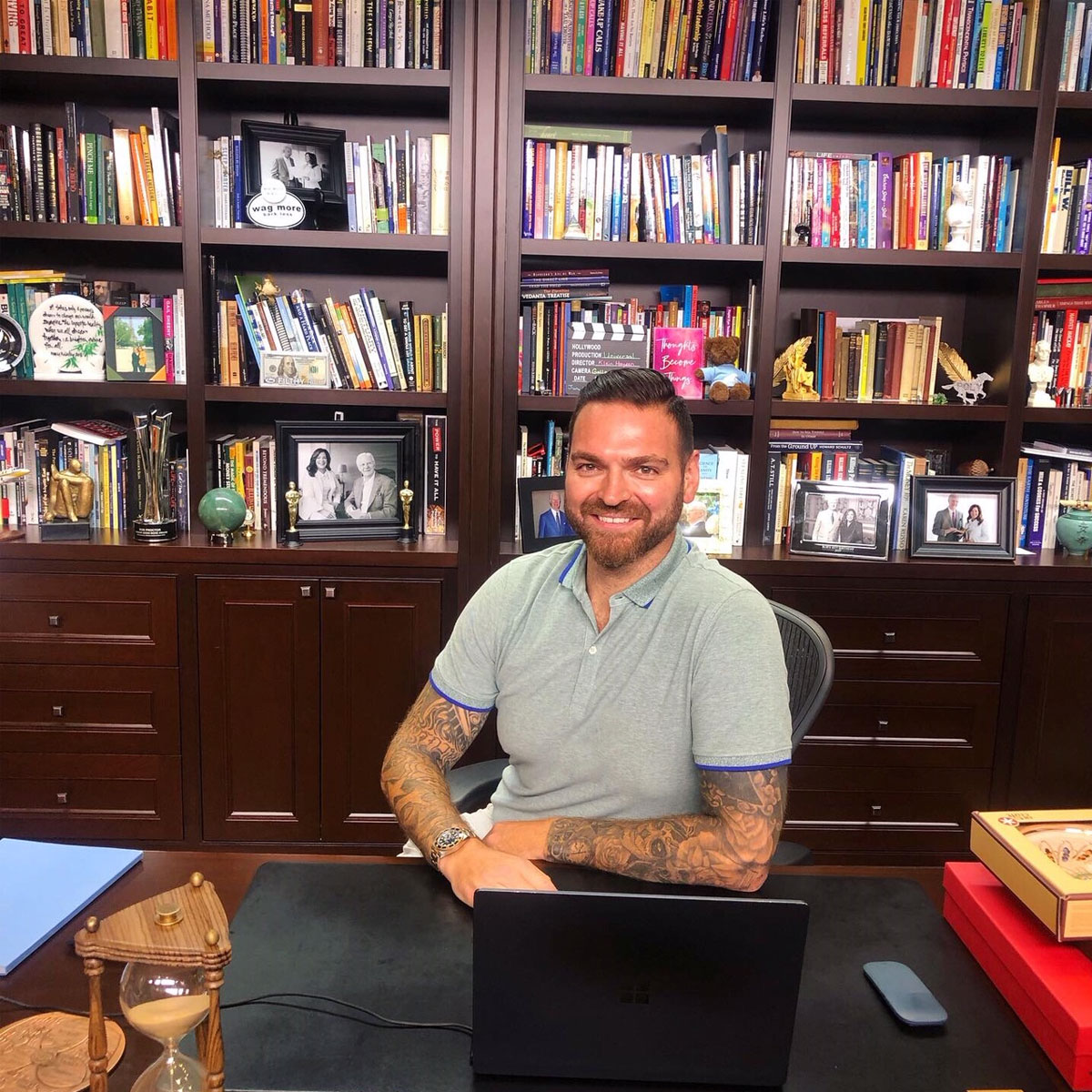 What can take a person from rock-bottom to sky’s-the-limit in just a few short years? What can take an invalid and make him an innovator? And what can turn pain into performance? Well, I’d like to tell you.

Aged thirty I seriously considered going to sleep and never waking. Things had got that bad. It had been a long and painful drift into oblivion and there seemed only one way out. How did I get to this place? Allow me to back up a few years.

At the top of the slide

In 2007 all was good. Everything was on track. My life was getting better day by day. I had spent time working in Ireland, Liverpool and was now holding down a great job in London. Not only was I doing what I loved but I’d doubled my salary in less than 3 years. On top of this, I had a great bunch of friends and I was keeping fit and healthy and playing rugby regularly.

But life sometimes has a habit of blindsiding you right in the middle of all the fun and happiness. There are just things we can’t control. For me, that thing was a back injury.

At first it seemed like a meaningless ‘knock’ during a game of rugby, but it soon led to an ongoing niggle. Now, I’m an active sort of guy with a love of sport and fitness, and I’m used to the odd injury so I kept up my usual regime. But the niggle persisted and became increasingly uncomfortable. Eventually I decided to get it checked out. Two weeks later I was in hospital for a relatively routine operation on a ruptured disk.

Now, if I’d just had the right treatment, followed by a suitable recovery, that would pretty much be the end of the story. But I didn’t. Things went terribly wrong. But, in a strange way, perhaps they also went very right, because, what followed is the adventure that has brought to where I am today. To a place where I’ve learned so much about myself. About potential and positivity. About helping to share my experience. 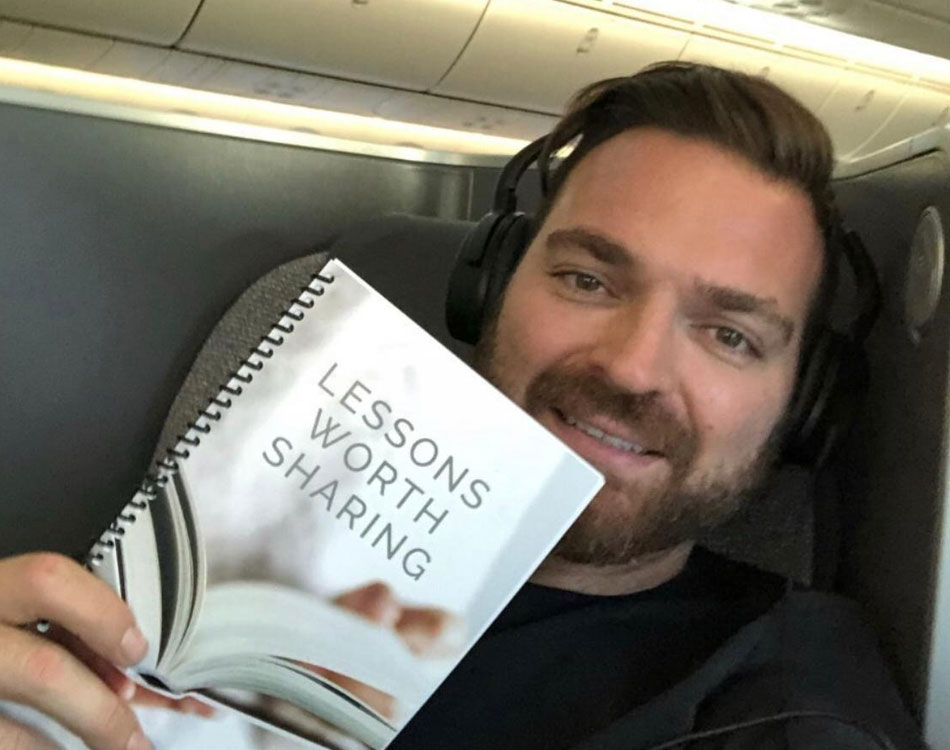 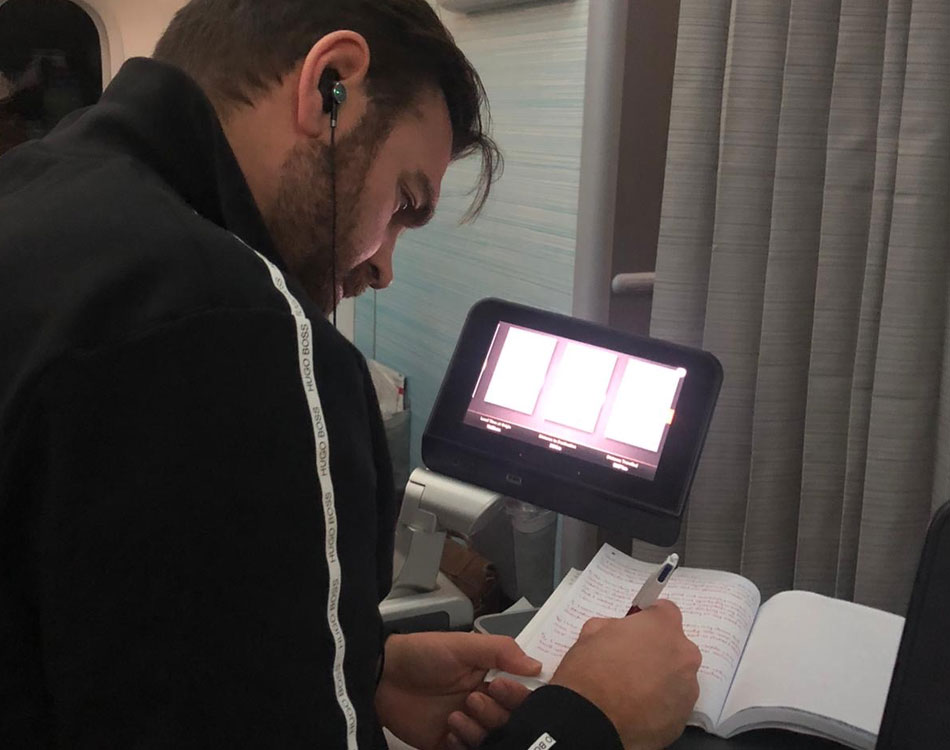 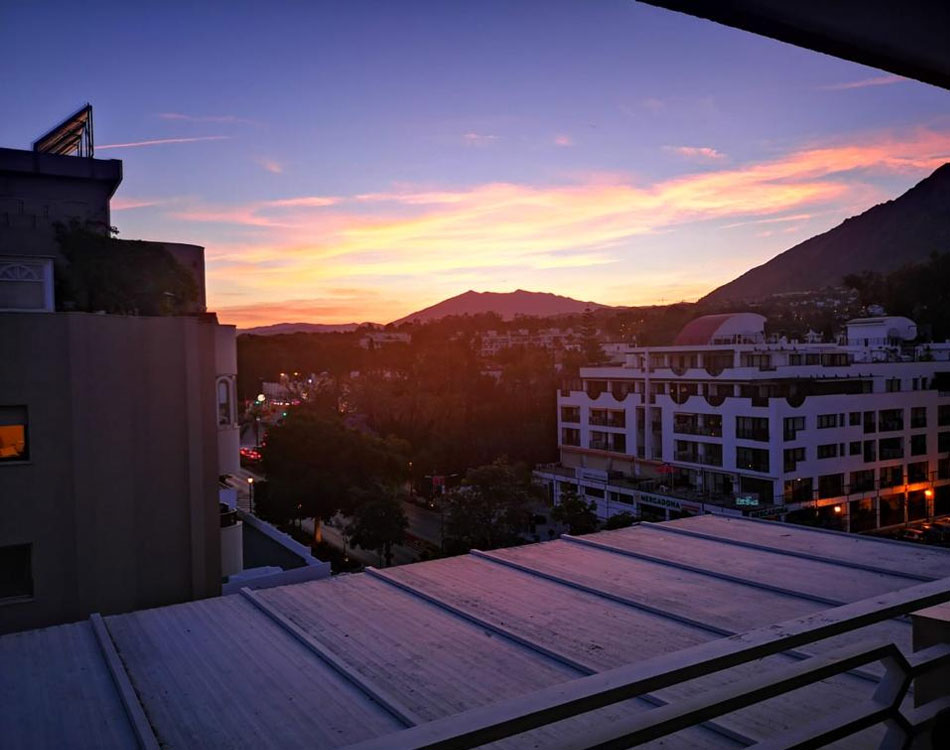 So, to put it plainly, my subsequent back operation didn’t go to plan and there was a slight mishap. Which meant I immediately needed another corrective operation, followed by 2 weeks’ hospital-based recuperation. But having been discharged things didn’t improve. In fact, they got much worse. I was in constant pain. I could hardly walk. My brain wasn’t communicating with my body. And I could feel my body simply shutting down.

This came to a head one night when I was overcome with a terrifying numbness. After a call to my mother, I got myself back to the hospital via a taxi. There, they discovered I had a serious infection wrapped around my spinal column and nerves. They managed to remove around fifty per cent of the infection and abscesses but this meant another few months in hospital over Christmas and on into the January of 2008.

Three months of IV antibiotics followed. And then another six months of antibiotic tablets to help clear the lingering infection. All this took its toll. The third operation to remove some of the abscesses had meant that surgeons could no longer operate on my back without considerable risk of major lifelong damage.

I was now in continual pain. I was hunched, crooked and disabled. And, to cap it all, I wasn’t able to work and so I lost my job.

Unemployed, unemployable and incapacitated, things were bleak. I knew that rehabilitation was not now just a matter of months, but years.

Keep calm and carry on?

The only thing I could think to do in that moment was to focus more on my studies. I had been doing a part-time Bachelor’s Degree in Quantity Surveying, balancing this one day a week with my job. So now that I wasn’t working, I switched to full-time education.

After graduating, I was offered a scholarship. Now, you’d think I was getting myself back on track, wouldn’t you? But no, the slow decline continued. And this time it was self-inflicted.

With my body in pain, I needed more and more painkillers – heavier doses of morphine. But that wasn’t all. I was self-prescribing large doses of alcohol and recreational drugs, too. This was the darkest time. I was becoming detached from reality, friends and my own mind.

Doubt, disconnection and frustration can be a debilitating concoction which drives you to despair if you completely surrender to it. The only question is how far will you let it take you before you decide to make a U-turn.

It’s strange the places we end up in life or the path that things take. I could never have guessed the journey I was about to take after my time in that German rehabilitation clinic. And I’m not talking metaphorically. I’m talking about a literal journey. Because just as I checked out, my cousin and I began discussing some form of trip together. He was at a crossroads in his life and it was the perfect distraction for me, as well as the opportunity to get some warm weather to aid my rehabilitation. So off we went on a whirlwind global tour that involved Mexico, Belize, Guatemala and Costa Rica to name just a few of the locations.

You’d expect, having begun my physical recovery, that I’d have learned my lesson when it came to substance abuse. Sadly, no. My world tour was fuelled by the same heady blend of drugs and sleeping pills washed down by booze. All just to continue dulling the pain.

When my cousin headed back to the UK, I stayed on the move, taking the first plane I could find to the next random place. That place just happened to be Madrid. After a week in the Spanish capital, I journeyed south to Marbella on the Andalucian coast, mainly to check into a yoga retreat I’d read about.

The climate, the mountains, the sea and the atmosphere all spoke to me. I was intoxicated, and this time it wasn’t just the drugs and drink. After three weeks of yoga, meditation and healthy eating in my newly adopted home, I was starting to see things clearly. I was beginning to feel normal again. But there was still a long way to go. There’s no quick fix to the kind of mess I’d got myself in. But I could see a vague and distant light at the end of the tunnel.

A voice of reason

It took a further five years before that light drew close and I could sense daylight. During those five years I remained in Marbella, but travelled regularly back home to the UK. I still hadn’t fully kicked the bad habits and it took an emergency trip home to see my sick sister to get me to fully face things.

I remember trying desperately to sleep one night back in England. Sleep was the thing that blanked all the despair out. But it took a lot to get to sleep. That one night I tried all the industrial strength sleeping pills I could lay my hands on. And then another dose. And then some morphine and other meds. It was a pill-popping frenzy. A race to numb the pain and drift off into oblivion.

But suddenly, in the middle of it all, there was a voice. It was calm and clear and it cut through the hopelessness like a knife through butter. It spoke what I already knew. It said: “Stop now, Dean, or you will kill yourself.” But the risk of never waking up again was one I had weighed before and was prepared to take so I ignored the voice. But it spoke again and repeated the warning. But this time, it hit me. People talk glibly about epiphanies, but until you’ve had a one – a real one – you can’t possibly understand. Because in that moment, I was blessed with a vision of my possible future. And it was a bright, shining future. One where I would realise all my potential and ideas. Everything that was bottled up inside of me would be poured out. I would have the opportunity to share my story with others. But not only that, to help those people through innovation and change. To contribute and not just simply serve my own indulgences and satisfy my selfish appetites.

I could easily have died that night. But instead I started living. I heard my mother in the kitchen and ran to her, my face streaked with tears as I fell into her arms. And explained to her the voice and the vision. And how I now had a purpose. A purpose beyond the pain and the pills.

I went back to Marbella and, supported by my Spanish girlfriend, vowed to stay off the sleeping pills and other excesses. With her help, I began a new path of self-development, mindfulness, healthy eating, deep breathing, cold therapy and exercise.

And that’s the path I’m on today. I’m healing and I’m as whole as I could ever have hoped to be. My mind is sharp and bubbling with ideas and inspiration.

But it’s not just my head. It’s about my heart, too. My vision gave me a desire to contribute to society and make a difference for the good of everyone. And part of that is not just to bring products and ideas to the world, but to share the process of wholeness and healing, too. My commitment is also to use my journey to help coach individuals who may have suffered setbacks and adversity, or who need a framework to build success around.

Today, with a clearer, sharper mental capacity and a greater drive to improve the world around me, my future path includes a number of exciting projects and opportunities.

Those projects include my CryoShower product that will radically improve the physical and mental health of millions of people – totally inspired by my years of rehabilitation. There’s also a number of AI and Big Data ideas that I’m looking to introduce including working with Ascend Canada in the automotive industry to help revolutionise the driving experience through digital technology. I also have ongoing projects in the healthcare industry.

So, that’s my story of triumph over adversity. Thank you for letting me share it with you. And if there’s any small way in which it can inspire your own unique, beautiful story, then I’ll be forever thankful.

My own journey led me to the legendary Bob Proctor, one of the founders of the Proctor Gallagher Institute. His guidance helped me get in touch with myself—who I am, what I’m capable of and what I want in life. So, it’s through Bob’s help that I can now offer programs and products—all based on decades of research, study and application—to elevate people’s thoughts and bring their genius to the surface. 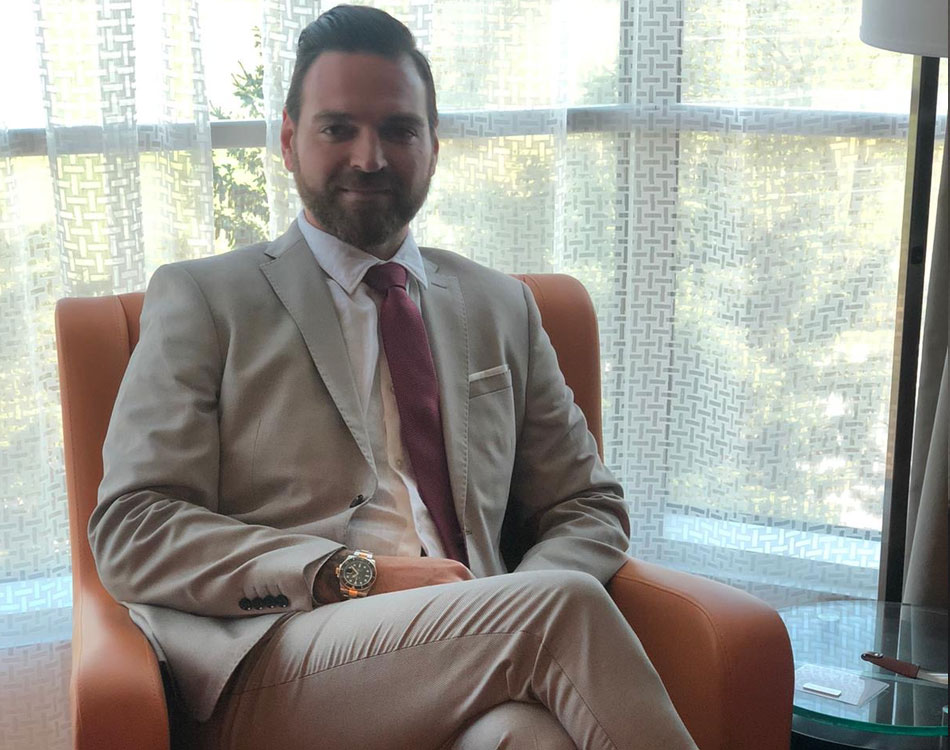 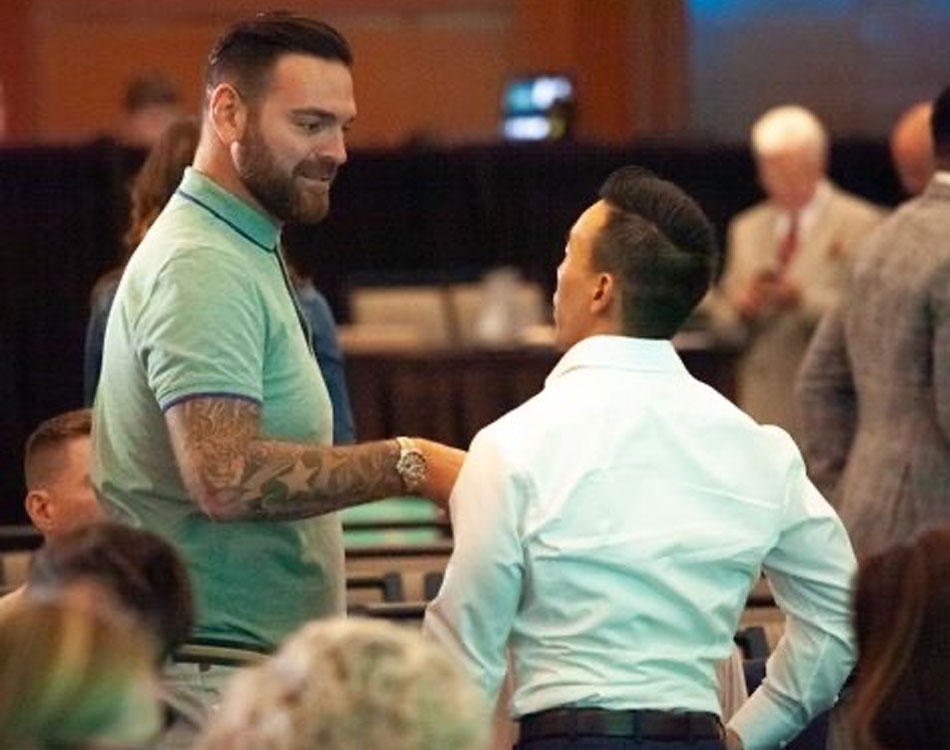 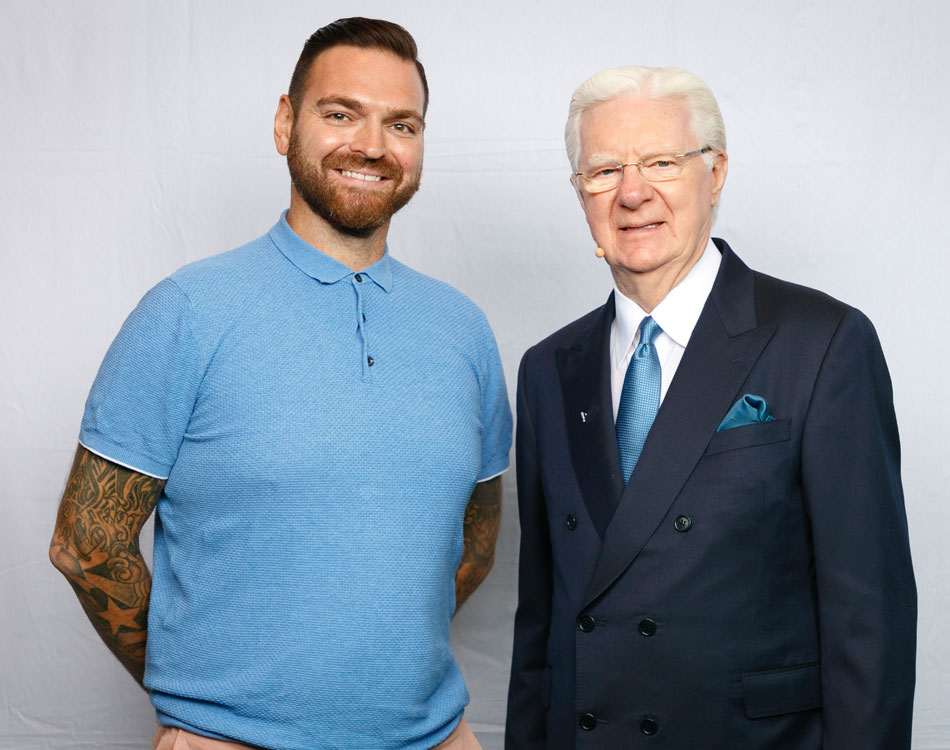 “I made a commitment to myself that I wouldn’t let anyone go through what I went through.”